RF & Photonics at IITM
skip to content Skip to Navigation 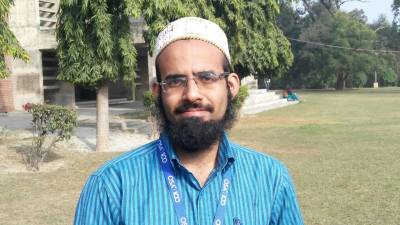 Coherent beam combining (CBC) of multiple fiber lasers is a key strategy to develop high power lasers, beyond the output power limit of a single fiber laser source. An inherent requirement for CBC is that the individual fiber amplifier sources possess narrow linewidth. However, power scaling of such narrow linewidth fiber amplifiers is hampered by the stimulated Brillouin scattering (SBS) process. The threshold for the onset of SBS in the above amplifiers may be increased by increasing the source laser linewidth, but that may also compromise the CBC efficiency. Another way to increase the SBS threshold is to increase the mode field diameter for the laser, using large mode area (LMA) fibers. But, LMA fiber supports multiple spatial modes which at higher power levels lead to thermal mode instability (TMI) at the output which drastically degrades the output beam quality. In our work, we study the stochastics associated with the onset of SBS resulting in a rugged metric which is also found to be useful to define the pathway leading to the destructive kW pulse emission in the backward direction. We propose the use of optimized phase modulation waveforms to increase the laser linewidth such that they result in effective SBS suppression without compromising the CBC efficiency. Based on such studies, we have demonstrated 160 W CW output which is planned to be further scaled to > 500 W so as to study TMI effect in the LMA fiber.